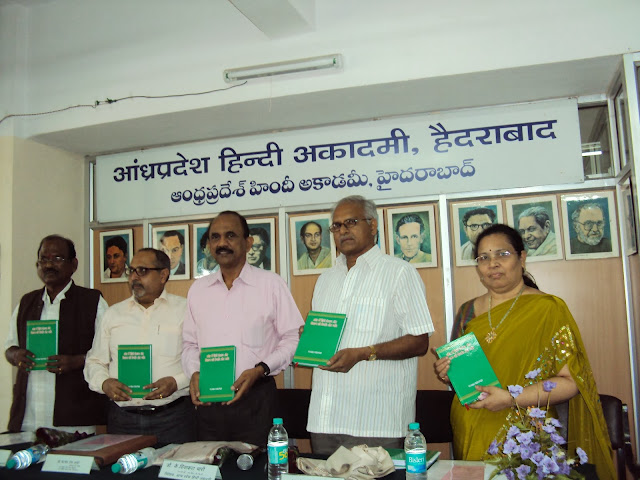 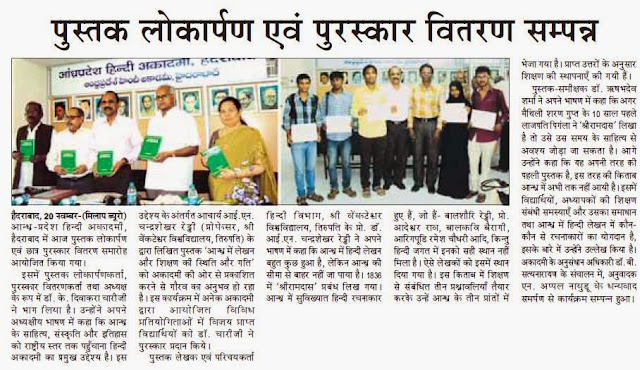 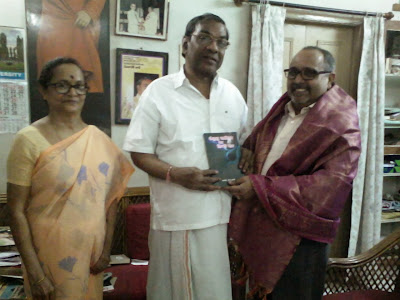 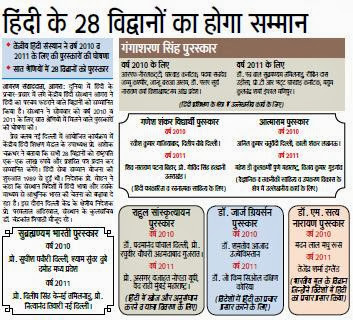 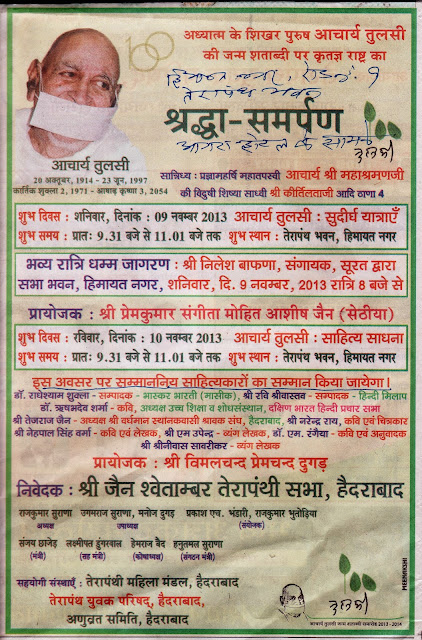 Shri Shyam Sunder Goenka, Managing Trustee of Kamala Goenka Foundation (KGF) has invited entries for an award for best literary translation work either from Hindi to Kannada or from Kannada to Hindi. Literary work may be prose or poetry.

KGF had initiated this award viz. "Pitashree Gopiram Goenka Hindi-Kannada Translation Award" in the year 2006 for the best translation work either from Hindi to Kannada or from Kannada to Hindi. Under this award, the best translator will be presented Rs. 21000/- in cash. The eligibility criteria would be literary translation book published during last ten years viz. from the period of 2004 to 2013. The applicant has to submit a proposal on prescribed form along with four copies each of his published translated book and four copies of original book which has been translated, with his bio-data and two photographs on or before 15th January 2014 at Bangalore office.

Shri Goenka further announced that an award is also instituted for young Hindi writers of Karnataka (whose age is not more than 35 years). This award is to support new breed of writers in getting published their literary work. Such young eligible writers get a support of Rs.15000/-. This award is named "Hiranmay Yuva Sahityakar Puraskar". The awardees will be selected against submitted manuscripts with evidence of age-limit.The Participants are requested to submit their entry forms at "Kamala Goenka Foundation", No.6, KHB. Industrial Area, 2nd Cross, Yelahanka New Town, Bangalore - 560064. For further information, copies of rules and regulations and entry forms please contact office secretary Mr.Kamlesh no. 080-28562478, 28562479, Mob : 9620207976, email id: kgf@gogoindia.com or visit us at: www.kgfmumbai.com.
प्रस्तुतकर्ता Gurramkonda Neeraja पर 23:13 कोई टिप्पणी नहीं: 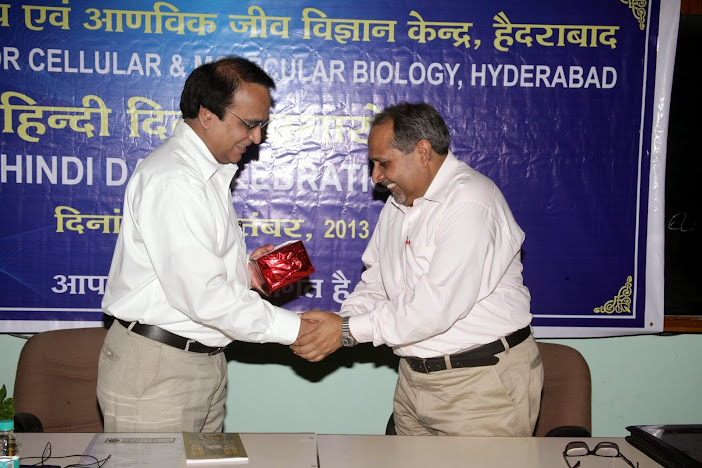